I want to read about

Cut Through the Noise. Effective Leadership Development Begins With a New Way of Thinking.

More than fifty years ago, author Kurt Vonnegut published a short story called “Harrison Bergeron,” which was set in a future world that mandated all people be equal in talent, intelligence, and appearance. Those who were considered average remained as they were, but those who had any exceptional... 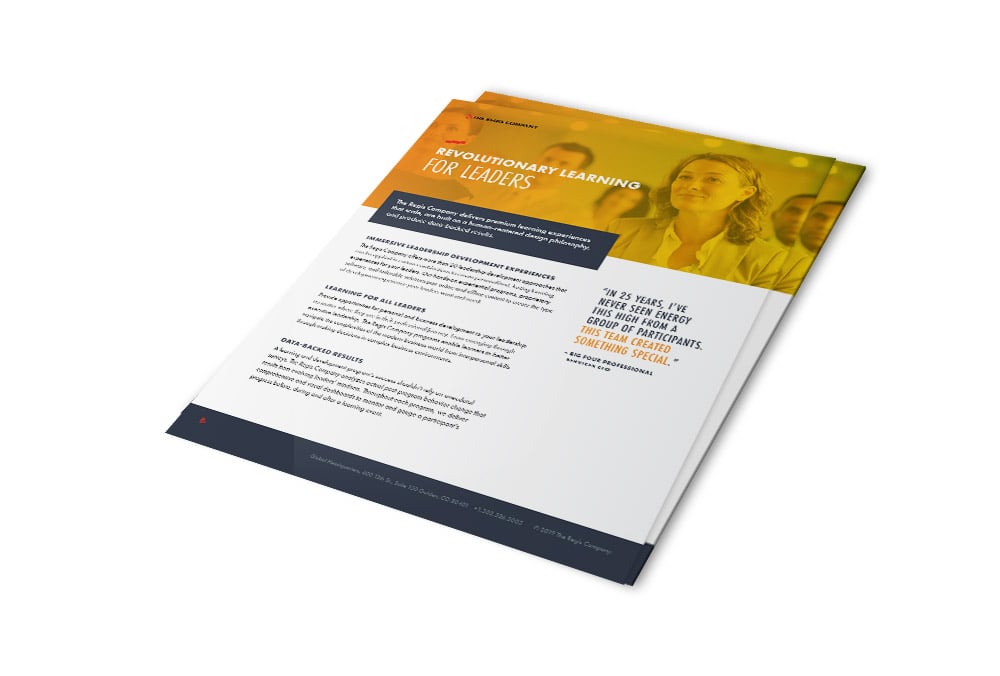 Get to Know The Regis Company

Benefits of Experiential Learning: Is Your Program Cloth or Lace?

Game Design - The Bold New Frontier of Learning and Development